From delays to Daniel Craig’s ‘No Time To Die’ and the production of ‘Stranger Things’ shutting down, to Indian movies like ‘Sooryavanshi’ by Akshay Kumar and Mohanlal’s ‘Marakkar: Arabikadalinte Sinham’ being postponed and theatres across India closing, how is the global Coronavirus – outbreak affecting the entertainment industry.

The pandemic has affected organizations and industries across the world; its impact on the entertainment industry is nothing new. Infecting almost half a million people worldwide and claiming lives of more than 23 thousands, it has created a situation of havoc and panic never witnessed in the modern times. The filming and release of a lot of films and TV shows has been suspended, and movie events, music concerts and even film festivals are scheduled to be canceled or postponed, though there has been no official word from Cannes yet.

The Federation of Western India Cine Employees (FWICE) has put all the films and TV shootings on hold for a few weeks to prevent its over 5 lakh workers from getting infected by COVID-19.

The Indian Film and television industry has decided to halt shooting for films, TV and web shows from March 19 to March 31. A call on restarting shooting will be taken at the end of the month.

KANIKA KAPOOR AND HER COVID-19

Film and show producers were given three days, till March 19, to pack up their shooting across India and overseas locations. Also, the call on restarting shootings will be taken on March 30, after considering the prevailing situation, the associations said in a joint statement. The biggest impact of this development will be on TV broadcasters, who usually don’t have a bank of daily soaps.

“In the interest of country, society and film workers, all the associations on Indian film industry have taken the decision to shut shootings of films, TV serials and web shows across India from March 19 to 31”, said JD Majethia, vice president, IFTPC.
The broadcasters told that while they respect the decision, business continuity is now at risk. “We may have to run repeats of old shows for some time. This an exceptional situation and nobody was ready for this,” a programming head of a hindi general entertainment channel said. 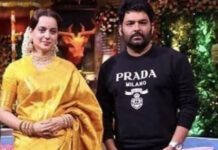 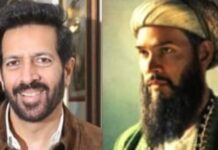 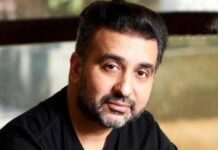