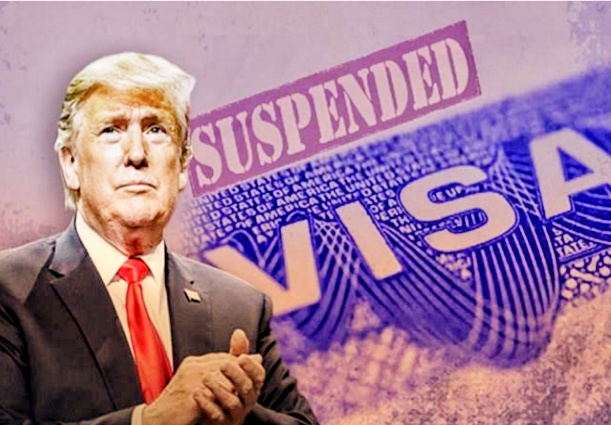 Recently Donald Trump announced a proclamation on the ban of H-1B visa. The American Indian becomes shocked on hearing this news. So a group of 174 Indian nationals including seven minors has filed a lawsuit.

They filed a lawsuit against the presidential proclamation on H-1B Visa. They announced that the Visa would not be issued to them. That would prevent them from entering the United States. The lawsuit against the ban on H-1B Visa was filed in the US District Court on Tuesday.
In the presidential proclamation on June 22, Trump announced that the H-1B work Visa is temporarily suspended till the end of the year.

He also added that in this pandemic situation lot of American people’s become unemployed. There are millions of Americans remains out of the work. The overall unemployment rate is quadrupled between the month of February and May of 2020. That was one of the most extreme unemployment ever recorded by the Bureau of Labor Statistics.

Trump said that the Green Card holders once admitted pursuant to immigrant visas are granted open market employment, allowing them immediate eligibility to compete for almost any job at any sector of the economy.