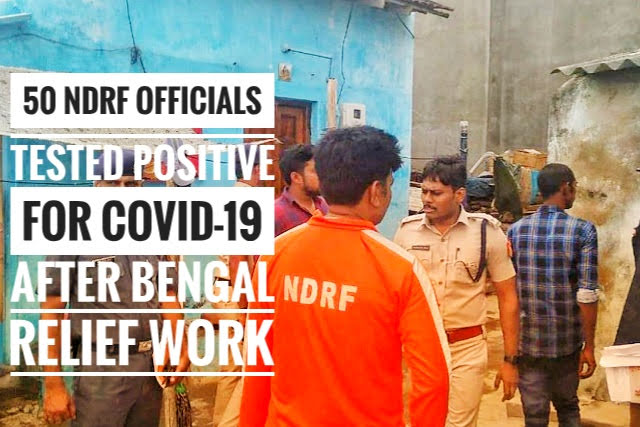 A total of 19 teams of the NDRF were deployed for the relief operation to the people fo west Bengal from the supercyclone Aman. Each team had a total of 45 members and people evacuated from the area were said to be 5 lakhs wheres 1,56,640 people were evacuated from Odisha.

One one of the personnel, who went to West Bengal was found to be positive of the virus, the method of contact tracing was brought in use to find out the 50 personnel of NDRF to be corona positive. The personnel were deployed to provide relief from the cyclone Amphan in west Bengal. The officials stated that till now 170 of the personnel have been tested for the virus after they came back from west Bengal to their base in Cuttack, Odisha belonging to Mundali battalion.

In one of the tweets of DG NDRF which says, “ in view of inquiries it is informed that one of the NDRF personnel in Odisha after return from the cyclone Amphan duties, 50 were found to be positive of the 190 tested. So far they have been asymptomatic and under observation.”

Other senior contingency officer quoted by PTI, stated that more tests are being conducted. All the personnel were quarantined and those found positive were sent to the hospital for the isolation facility.