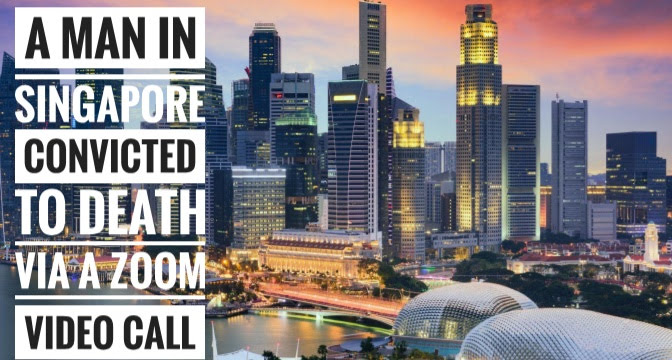 A man has been sentenced to death in Singapore because of his mere dealings in a drug deal. The time in which country is under lockdown and are trying to curb the situation of coronavirus, on the other hand, a 37 year old Malaysian received the sentence for his role in selling heroin.

Many questions and interrogations are arising in the supreme court for this matter.apart from that many court hearings in Singapore are adjourning during the lockdown.

Genasan’s lawyer, Peter Fernando, said his client received the judge’s verdict on a Zoom call and that he was considering an appeal.

Singapore is the country which is having not endurance in terms of selling illegal drugs and for this, they noosed thousands of people for this, including foreigners for narcotics over decades.

“Singapore’s use of the death penalty is inherently cruel and inhumane, and the use of remote technology like Zoom to sentence a man to death makes it even more so,”