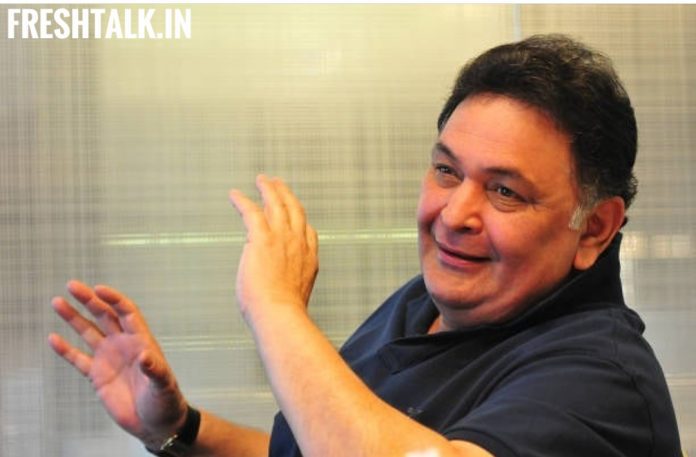 On 30 April 2020, Bollywood lost one of its greatest gem, Rishi Kapoor. Just a day prior to which the great actor Irfan Khan died of cancer.
Bollywood suffered a great loss with their demises.

Rishi Kapoor has given us many movies which prove he will always stay alive in our hearts. Amitabh Bachan and Rishi Kapoor had done some movies in which they were seen together such as Amar Akbar Anthony, Naseeb, Ajooba and a recent one 102 Not Out. More than a co-actor, he was a great friend of Amitabh and their chemistry was seen everywhere whether it be on-screen or off-screen. Rishi was diagnosed with cancer in 2018 for which he took treatment in New York and returned to India last September. Unfortunately, he lost the battle with cancer.

Not only in his movies in which he was shown extremely energetic, but also on the TV shows, but he was also full of enthusiasm and energy and was very lively. Many actors had appreciated him for the same.

Amitabh Bachan posted on Instagram, a picture from an event where his son, Abhishek Bachan and Rishi Kapoor were present and lip-syncing to a song. He writes that nobody could do a better lip-syncing than Rishi and appreciates his charisma, passion and expressions even at such an age. He also writes for Rishi Kapoor that he was simply unbeatable. Amitabh was also seen posting a video of him and Rishi from 102 Not Out.

He’s constantly getting nostalgic for Rishi Kapoor proves that he was extremely close to Rishi and is saddened by the fact that he is no more. We all are. You are missed Rishi Sir.