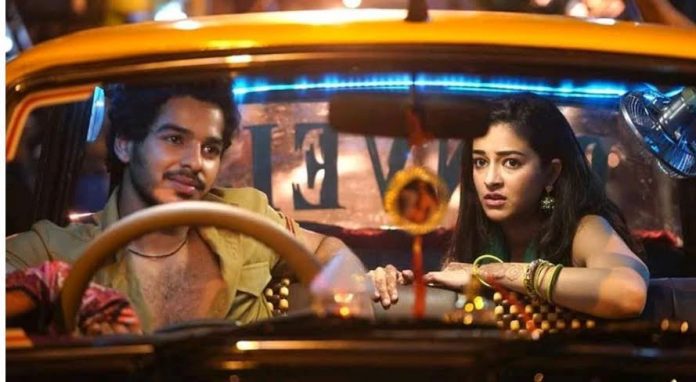 Yes! The film that we have heard so much about has finally declared its release date!

Starring the very popular Ananya Pandey, and the guy who steals every girl heart Ishaan Khatter, the film Khaali Peeli finally released the first official poster and the release date!

The stylish young duo with their working through these tough times of working through the pandemic; have finally made this possible! With the direction of Maqbool Khan, and Ali Abbas Zafir, Zee Studios and Himanshu Mehra being the producers; Khaali Peeli is scheduled to hit the cinema theatres on the 2nd of October. It was previously scheduled to be released on the 12th of June, but because of the crisis of the pandemic; the shooting was put to hold, and there was stasis seen all around the Bollywood industry.

What is admirable praiseworthy of this film is the spirit shown by these actors in spite of all the criticism that it received. Notwithstanding all the criticism that this film received, with its trailer becoming the second most disliked video in the world, these actors didn’t lose hope. Instead; they both gave a phenomenal performance quite obvious from the trailer that was released.

Many claims that Khaali Peeli is, in fact, a copy of a Telugu film, but the director and producers didn’t confirm or deny this statement. The story is about two childhood friends, Blackie and Pooja; who get separated under certain circumstances. Pooja grows up to a prostitute and at the age od 18 decides to run away. Here she bumps in Blackie again, who is now a taxi driver.

The story goes about with a series of escapes and chases; with goons chasing Pooja and cops chasing these goons.

Looking at the trailer; one can definitely say that it is a well-made film, that keeps the viewers on the toes with its exciting turn of events.

So I guess we have to fasten our seatbelts and wait till the movie releases on 2nd October!