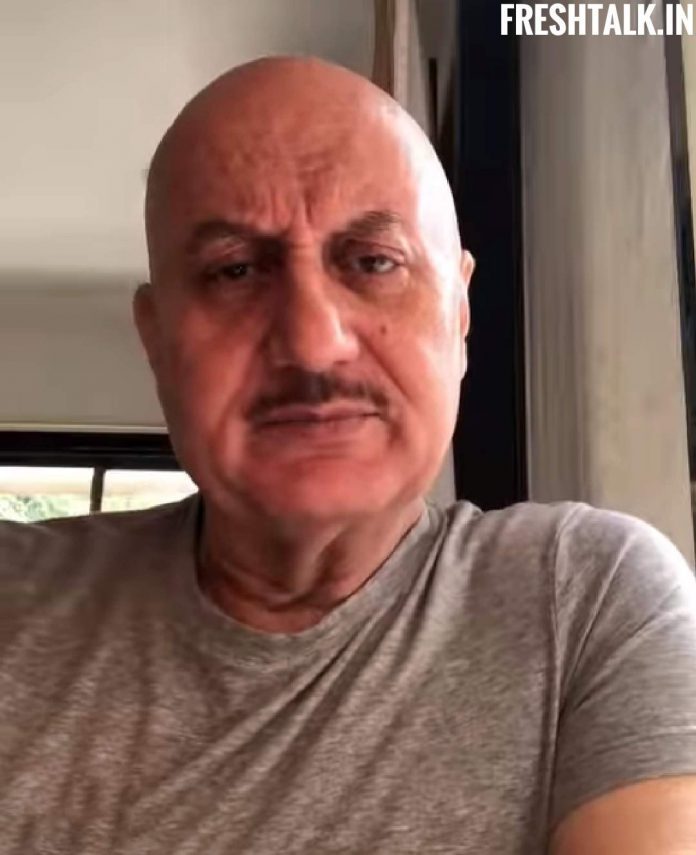 The sudden death of an outstanding Bollywood actor- Sushant Singh Rajput has left everyone in a sorrowful condition. Social media is flooded with the demise of this death and also showing awareness of mental health and other psychological issues. Also a question has been arose against Bollywood and people have become aggressive on the topic of nepotism. Everyone is tweeting and uploading story-post for the same.

All the actors and actresses including senior, junior, and co-stars of Sushant are writing for the loss of his life. Anupam Kher is an Indian actor and the former Chairman of Film and Television Institute of India. He is the recipient of 2 National Film Awards and 8 Filmfare Awards. He has appeared in over 500 films in several languages and many plays. He recently shared a video on his Instagram handle in which there is a message for all the youngsters who come to Mumbai to fulfil their dreams.

In the video, Anupam Kher says, “After the death of Sushant, arguments have spread among people and media on the reasons of his death. Rather than expressing the grief of his death, people have started speculating him that was he an insider or outsider etcetera! But this is not only today’s scenario as this keeps on repeating for years.” In the video, Kher addresses to the youngsters who come to Mumbai from small towns in order to fulfil their dreams. He says that it could be possible that after seeing all these news you and your family members are doubting this field and are in a fearful condition. He says that it might feel that it is a wrong place and questions like “Kya ese hi hota hai iss Nagri mein” “Kya mein Outsider hi ban ke reh jaunga” arise in your minds and also in this lockdown you get more upset and feel and get phone calls from parents saying come back home to live a normal life like a common man as they think that you don’t have any position in that city.

Further Kher shares his own struggle story that before 39 years ago when he came to Mumbai, he himself faced such negative vibes and ups & downs. He too was criticized for his appearance over his talent. But he advises the youth that in life people will come to criticize you, your dreams, will make you feel low and worthless but you don’t have to give up. And whenever you feel upset and tensed don’t let it rule over your dreams, just talk about your sadness and problems to your friends, family and strangers and keep working hard on your goals as a day will come wherein you will get success.

Anupam Kher shares his thoughts via a thoughtful poem

Talking about Sushant’s demise Kher says, “Maybe Sushant was feeling too depressed and lonely which resulted into taking such step but let us all give him a tribute by proving that though we are outsiders, we will achieve success and will not be defeated by any obstacles and by the victories we can offer him the biggest tribute.” Further, he tells all positive things about Mumbai city and the film industry, also he says that no grudge should be kept for the film industry. And at last, he concludes by reciting a few lines of his favourite poem,
“Lehero Se Dar Kar Nauka Par Nahi Hoti,
Himat Karne Walo Ki Har Nahi Hoti…”

Here is the link to the recent video that Anupam Kher shared: