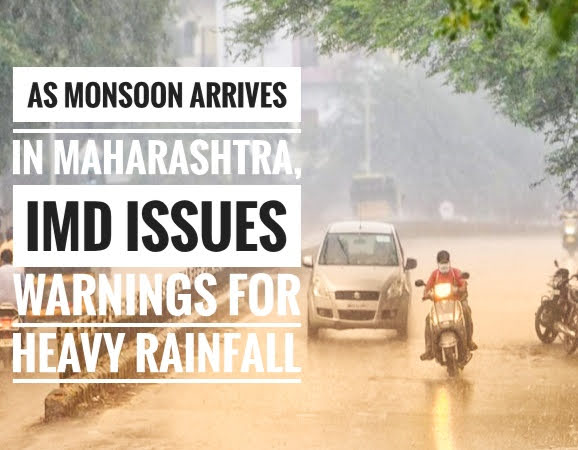 The southwest monsoon arrives in Maharashtra. There will be a favourable condition for that. Already, the monsoon gets started to shower in other State like Mumbai etc., So IMD has given a warning about the monsoon.

IMD gave a warning about the monsoon. They said that the southwest monsoon is going to arrive In Maharashtra on Thursday with heavy rain. Heavy rainfall warning is given by them.

Let’s see the warning given for the cyclone storm:

The warning is given for the fishermen by IMD:

Fishermen are asked not to venture into the sea. Because the low-pressure area in the west-central Arabian Sea is likely to become a depression. That’s going to bring a pre-monsoon in the Coastal area of Maharashtra in the first week of June.

The Vayu storm does not attack Gujarat. It going to attack the coastal areas only. All the instructions about the monsoon are given by the IMD. Warning for the fishermen also already given by the IMD.