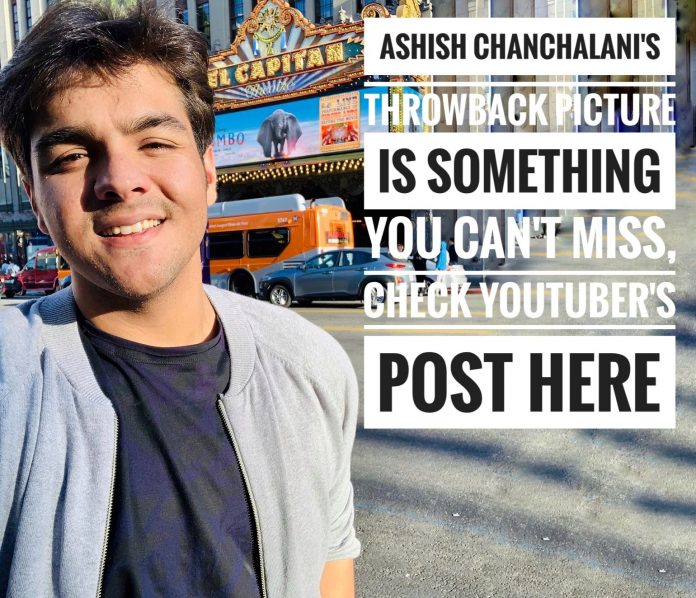 One of the biggest YouTuber sensation, Ashish Chanchlani with his channel ‘Ashish Chanchlani Vines’, has become a role model for today’s generation. His unique acting and talking style make his videos even more likeable and that is why he is so successful. He is very active on social media and he loves to be in touch with his followers through Instagram.

Recently, he has posted a 10-year-old photo of him. In the photo, it has been seen that he was wearing a black coloured hoodie and wearing specs also. While sharing the photo he captioned it as-“Hello landiesessss, if I say mein tera boyfriend tu meri girlfriend you have to say yayayaya #10yearschallenge”.

Fans and followers flooded the comment box with different types of comments. One of them wrote- “cooling so different and cute.” He has given replied to many of the comments.