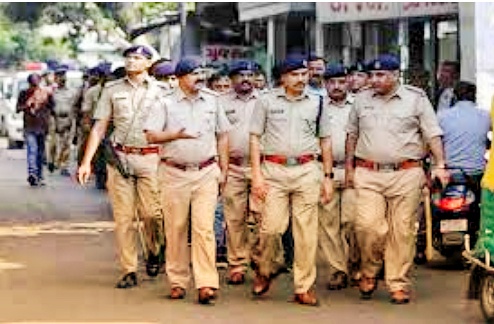 As Ayodhya gears up for the foundation stone-laying ceremony of the Ram Temple in the presence of Prime Minister Narendra Modi and other VIP guests, the district administration is working round the clock to make all necessary security arrangements. And they also ban on crowd gathering for the day of Bhumi Poojan.

Meanwhile, the security agencies are making arrangements inside the elevated sanctum sanctorum, where the Prime Minister is expected to lay the foundation stone for the Ram Temple. Additionally, preparations are on to manage the 200 special invitees.

Besides this, national security agencies are also making their arrangements while working in sync with the administration of the temple town. Meanwhile, as per reports, there will be heavy police deployment in and around Ayodhya and all the roads are likely to be sealed. Police will also be stationed along the banks of river Saryu. Snipers will be posted on top of the building, as well as in and around the Bhumi Pujan site.

The chopper of Prime Minister Narendra Modi will reportedly use this helipad. The helipad has space for four other helicopters and an emergency chopper will also be on standby.

According to a report published in an English daily, a helipad is being set up at the grounds of Saket Degree college which lies in close proximity to the Ram Janambhumi site.

The report also suggests that the borders of the Ayodhya will be completely sealed and no movement will be allowed. Meanwhile, other VIP guests will be reaching Ayodhya by air and landing at the Faizabad Airport which is around 10 kilometres from Ayodhya.

Speaking to the media on the issue, newly posted DIG Ayodhya, Deepak Kumar said, “Security drills are being conducted and the blueprint is being finalised for the VIP movement in Ayodhya. Crowding won’t be allowed around the Bhumi Pujan site and Covid-19 protocols will also be ensured at the same time.”