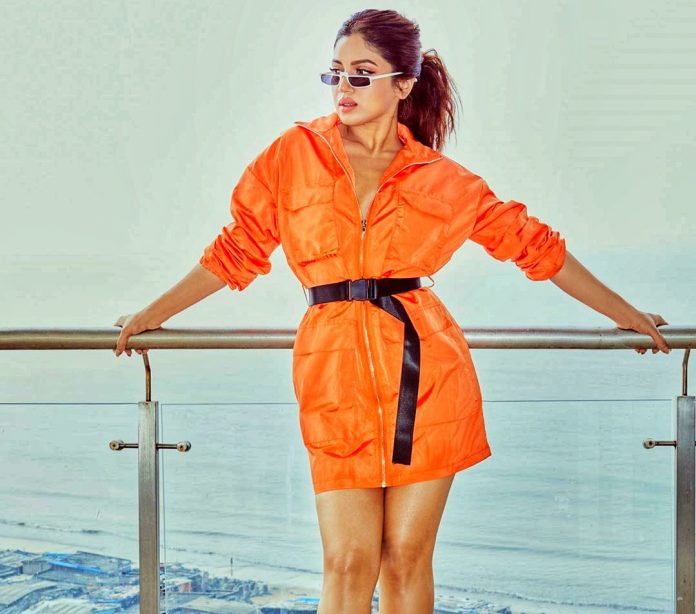 Bollywood actress Bhumi Pednekar recently reposted a fanwork by @art.little on her official
Instagram account.
The post includes a series of artwork which features Bhumi’s various roles in the form of a
virtual Avatar. The video was captioned, “This is so cute.”

Bhumi Pednekar is a fanatical social media user and keeps her fans updated about her daily
routine. The actress is gearing up for her next project ‘Dolly Kitty Aur Woh Chamakte Sitare’
and has bagged Karan Johar’s multi-starrer ‘Takht’.
The star recently took to her Instagram profile to share a shocking picture of herself. In this
picture, you can see the actress posing for the perfect picture. The star looks extremely
gorgeous in the red top, denim and loose curls. But what caught everyone’s attention is her
dazzling smile.
Apart from Bhumi, ‘Dolly Kitty Aur Woh Chamakte Sitare’ will also feature Konkana
Sensharma.
Meanwhile, on the work front, the actress has several projects lined up for this year.
‘Durgavati’ in which she is being presented as a hero by Akshay Kumar and Ekta Kapoor’s
‘Dolly Kitty Aur Woh Chamakte Sitare’ will soon hit the theatres. Also, the actress is expected
to start shooting another unannounced content film which is again slated to release this year.
She will also feature in Karan Johar’s magnum opus, ‘Takht’. From Aditya Chopra to Karan
Johar, from Akshay Kumar to Ekta Kapoor, the actress has worked with the top producers of
Bollywood.