Tonight’s episode of Bigg Boss 14 will surely make viewers smile as Disha Parmar will enter the house. She will be proposed to by Rahul Vaidya. Not just this, there’ll be a little guest on the show, and a task that Salman will play with the contestants.

In the teaser, Disha Parmar meets Rahul Vaidya through a glass wall. He is ecstatic. She tells him there couldn’t have been a better day for her to meet him. An ecstatic Rahul proposes to her again, and Disha holds up a placard which reads, ‘Yes, I will marry you.‘ They kiss on the glass well.

Gunjan from Dance Deewane comes and asks Jasmin Bhasin why she made Salman Khan cry. Jasmin tells her, ‘Mene kuch nahi kiya (I haven’t done anything).‘ She teasingly replies, ‘Jhooth mat bolo (Don’t lie).‘ It makes everyone laugh out loud. Salman asks the contestants to give black rose to someone who has made them upset by attacking them.

Meanwhile, in the previous episode, Jasmin advised Aly to play for himself. She states clearly that Rubina has only been using him as she would have not been able to survive in the house without him. Aly is not convinced. 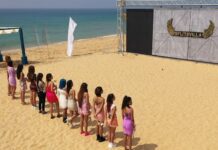 Splitsvilla 13 full contestant list is HERE, all you can look for in the FIRST EPISODE. 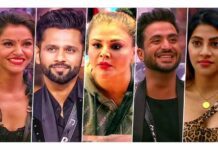 Who is the winner of Bigg Boss Season 14? [LEAKED] 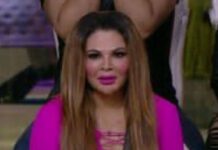 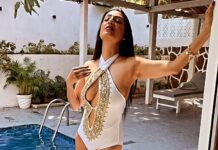 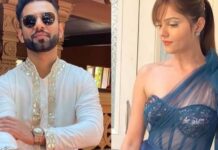 Bigg Boss 14- Rubina Dilaik and Rahul Vaidya to be FRIENDS soon, latter sings a song for… 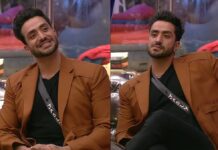