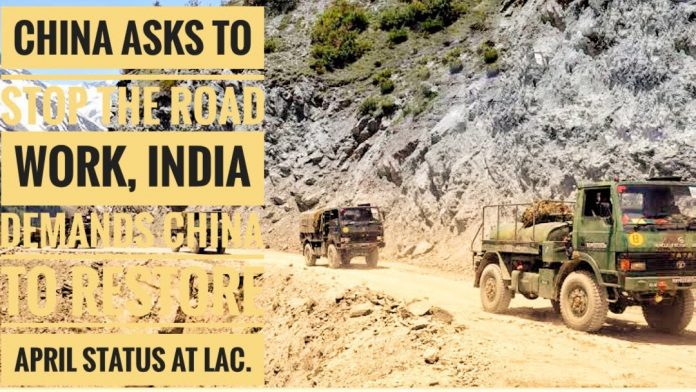 After a month-long standoff between India and China in eastern Ladakh, India and China held vital talks between senior military commanders on Saturday in a try to relief the tension along the border.

Indian and Chinese officers meet at Moldo border, opposite Chushul in eastern Ladakh. Lt. Gen. Harinder Singh, Commander of the Leh-based 14 Corps represented the Indian deputation. The Chinese side was represented by Maj. Gen. Liu Lin, Commander of the South Xinjiang military region. Talks between the seniors took place for 3long hours for maintaining ease of border.

Before the talks began, the Army gave advise to the media that both sides remained engaged through military and diplomatic channels
“ to address the current situation in the India China border areas”.

India’s major demand is to mend the status quo, as the beginning, early May Chinese battalion moved in large numbers into Indian territory at Pangong Tso, Galwan and Gogra in eastern Ladakh, and reduce the number of Persons of a battalion. On the other hand, china demanded to India to stop the road construction which is being carried out, to which India has stated illogical because the construction is inside the LAC.

Another matter is Chinese build-up at Finger 4 of Pangong Tso up to where India has always held territory, while it demands areas as far as
Finger 8. In addition, China moved armature and ordance close to the Line of Actual Control on its side, a measure which is against the
boundary agreements.