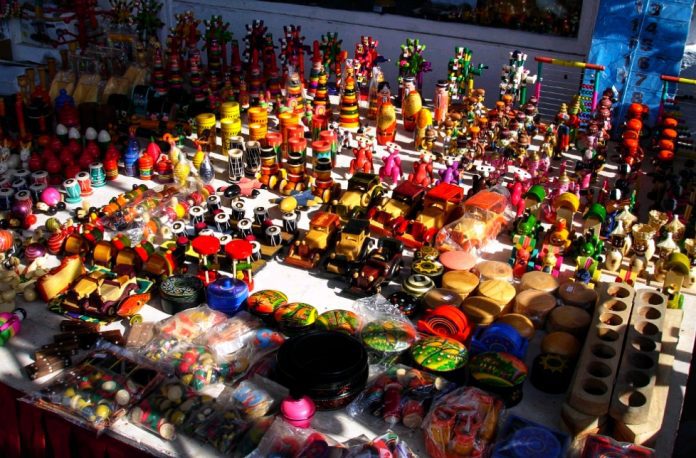 Rajkot: Amid the Chinese products boycott, Toy industries witnessed a revival in the growing demand of the toys made in the toys industries of Rajkot with a well-labelled tag of ‘Made in India’. “Almost 80 to 90 per cent of toys are being imported from China. And with such an increase in demand, it is an opportunity to grow the domestic market as well as increasing the prospects of exporting to other countries, helping boost the Indian economy,” Arvind Jala, co-director of Aditi Toys told ANI.

He further said, that in upcoming three-four months the toy industries would witness a rise and would be producing more than 100 products and in one year, around 200 products to meet the demand of Indian market. Jala said that though there are a few toy entrepreneurs in our country with the ongoing events the scope of more entrepreneurs to tap into this potential industry can increase.

“There are very few toy entrepreneurs in the country at the moment making it a good opportunity for entrepreneurs to delve into. The competition too is also low and compared to other industries, there are more employment opportunities over here,” he said. Subhash Jala, the co-director of the toy company said that with anti-China movements across the country taking place wherein people have been boycotting Chinese products, there has been a demand for made-in-India products these days.

“The anti-Chinese movement has made people demand made-in-India products these days,” he said.

On June 15, twenty Indian soldiers were brutally killed during combat with Chinese forces in Galwan valley, leading to major tensions between both nations. Chinese soldiers subsequently started moving back following dialogues between two countries through the military level and diplomatic level.