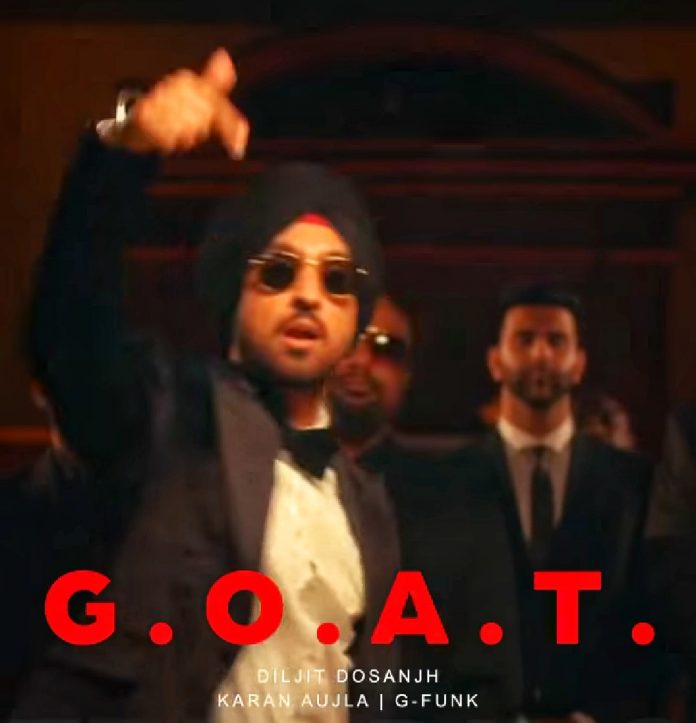 As celebs, they have to make sure to entertain the huge amount of audience because with the fame they also got expectations and especially amid pandemic where the audience is more inclined social media they are searching for more content.

Whatever the expectation be, Diljit Dosanjh as a celeb never lost his path to make his audience entertained. The lively and fun Punjabi singer, actor and one of the most grounded people in the entertainment industry has launched his album named G.O.A.T.

The singer-turned-actor took to his official Instagram account 5 weeks earlier to share the big announcement and date to reveal that he has begun shooting of new music album, which is supposedly titled ‘G.o.a.t.’

Diljit, now and then put posts and alerts about the same. Adding to the posts he has also shared the intro 2 days ago to now in his YouTube channel, which got immense love and support from the audience side.

Diljit Dosanjh has posted the official video on his YouTube channel today which has crossed more than 378k views also 168k likes. His fans are enjoying this song very much as they are seen commenting and sharing their love.

Diljit recent album is also a Punjabi song which is sung by himself, the lyricist is Karan Aujla, and the album is directed by Rahul Dutta.

The song gives full on punjabi dancing vibes. We can surely see this song playing in most of the clubs after the lockdown.