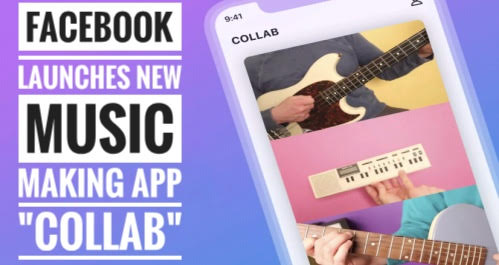 Social networking site Facebook has launched a new music-making app “Collab”. This is not the first time Facebook created a music app earlier it has launched an audio calling app. Collab app is presently available in beta only for iOS users. The app brings together to creators and fans to create, watch and mix as well as match original videos, starting with music.

With the use of Collab, it will become possible to create short videos that are split in three and playing in sync. Moreover, Collab can be used to create their own arrangement by adding own recording and composition can also be completed by swiping and discovering an arrangement. Video then can be published to watch and can be further modified by mixing and matching. These videos can also be shared on Instagram, Facebook stories or any other social media platform.

Facebook has launched Collab to compete with TikTok. However, unlike TikTok, Collab is only designed for original music and video should not be more than 15 seconds as it is created only for the purpose of fun and experimentation.