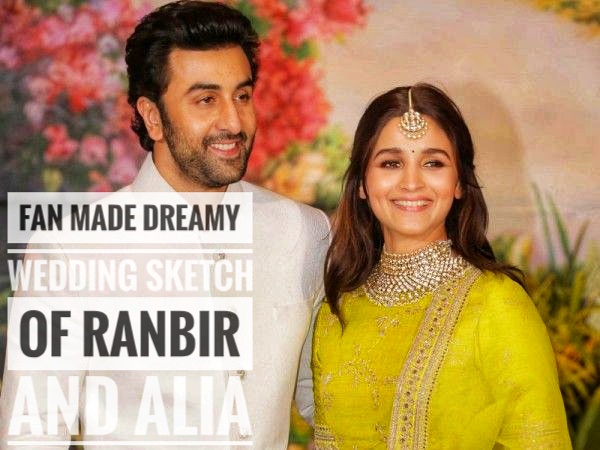 The most talked couple of B- Town Ranbir Kappor and Alia Bhatt also known as “RALIA” by the fans . According to sources this duo has been dating since a year and been found attending award shows, weddings as couple. And now there is a picture which is getting viral in Social media.

Ranbir Kapoor, one of the highest paid actors of B-town was born on 28th September 1982,to Rishi Kappor and Neetu singh actors of Bollywood. His debut to Bollywood industry with Bhasalis tragic romance “Saawariya”(2007),which wasn’t welcomed by the B-town fans. Even though kappor had an fluctuating career , his personal life two have the same scenario.

During the filming of “Bachan Ae Haseeno” in 2008 ,Kapoor dated his Co-star Deepika Padukone, which dramatically ended a year after. After this Kappor started dating his another co-star Katrina Kaif in 2013, which also ended in 2016. And Now, in 2018 he began dating Alia Bhatt, his Co-star in “Brahmastra” movie to be released soon.

Alia Bhatt is also one of the highest paid actress in India since 2019,was born on 15th March 1993 ,to the film maker Mahesh Bhatt and Actress Soni Razam. Alia made her acting debut as child artist in 1999 through a movie “Sangharsh”, and then a leading role in “Student of the year” 2012 directed by Karan Johar . According to sources Sidharth Malhotra co-star of “Student of the year”. Which ended and Now currently dating Ranbir Kappor.

The sketch of Ranbir Kappor and Alia Bhatt wedding sketch released by Vaibhav_sketches in his Instagram handle went viral. Fans of “RALIA” are reacting positive and love towards the sketch. It is truly dreamy the way it is been sketched especially their jewellery, dressing and mainly their smile. And now fans are waiting for the Big day to arrive.

As there were news of the couples quitting their relationship. Where Alia opposed all this rumours with her cute pic posted on her Instagram handle with a caption that attracts everyone.

Fans of B-Town , are really waiting for the Big day to arrive where “RALIA” officially tie their knots. It is also been said that the Duo’s family is also happy with their decision.