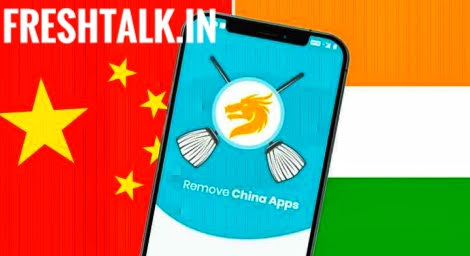 The Android app ‘Remove China Apps’ has been brought down by Google. The Jaipur based developers created the app in retaliation against the social media platform TikTok and the ongoing conflict between India and China over the Ladakh region. The app has been downloaded by 50 lakh users till now and was among the top free applications on Google Play Store.

A Google spokesperson claimed that the app violated App Store policies, but no further details have been provided.

The app removed all applications originating in China like UC Browser, Like, TikTok etc. from the phone system. Once deleted, a message saying “You are awesome. No China app found” popped up.

The app can no longer be downloaded from the Play Store. But those have already downloaded it can continue using.

Google Developer Policy Centre says that Google will not “allow apps that attempt to deceive users or enable dishonest behaviour including but not limited to apps which are determined to be functionally impossible”.

For Android apps, Google’s policy is- “Apps must not attempt to mimic functionality or warnings from the operating system or other apps. Any changes to device settings must be made with the user’s knowledge and consent and be easily reversible by the user”.

Recently, Google has also removed an app called Mitron. Though it was previously being assumed to be an Indian version of TikTok, later it was revealed to be a duplicate of an app TicTac, developed by a Pakistan software company. The exact reason for removing the app was not stated in this case also.

Security analysts also singled out the app over data security and privacy issues.