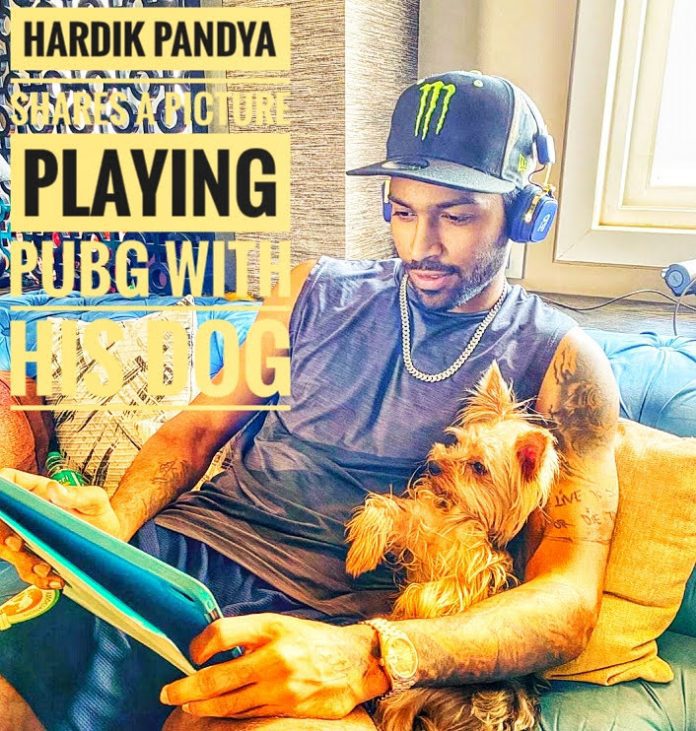 The game of PUBG has the country hooked, with everyone from college teens to office beers, and now, even the Indian cricket team spending hours sitting on the top of buildings. After looking at the screen, we discovered they were playing the popular battle royal game called PUBG. We all know a few members who are PUBG addicts.

Hardik confessed that he has a very Jamaican lifestyle. Besides that, he changes life more often than we change weapons in PUBG. We could probably use up, all the hairstyles PUBG has to offer and Pandya would still have as a beat. Though this Avatar looks slights western, there are similarities to Hardik’s look.

Hardik Pandya recently shared an image on Instagram in which he playing PUBG with his pet. The pet is Dig. It is named Bentley. He is wearing a black coloured sleeve t-shirt and sitting on the sofa with his pet.

He wrote in the caption,” Bentley told me where the enemies are in PUBG.” His fans dropped a hearty eyes emoji’s on the comment. Few more days ago, he shared a picture of Dhoni in the Army and wrote,” Real life PUBG.”

Hardik Pandya calls PUBG MOBILE a great entertainer in this lockdown period, Check here what the cricketer has to say