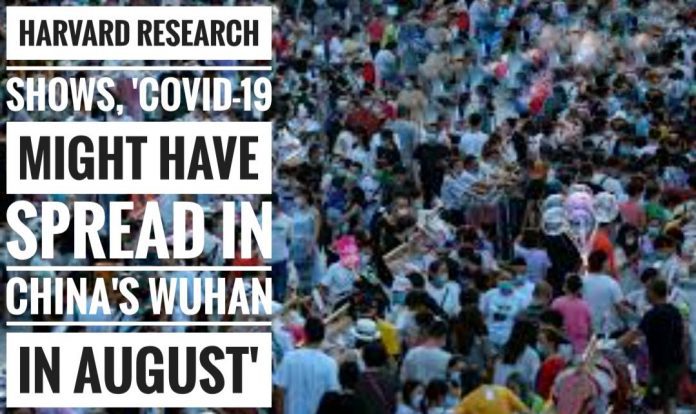 The whole world had come to a standstill since the deadly virus Corona started spreading its tentacles all around the world. All countries have been trying very hard, to escape from the grip of the virus. While many aced the battle, most countries including our motherland India is still struggling. While the death rates and casualties are still rising, Harvard has come with an astonishing find. The scientists at Harvard have found out that the novel coronavirus might have been spreading in China’s Wuhan as early as August 2019.

Harvard Medical school, using satellite images, travel patterns and search engine data, has found out that the virus might have started to spread in Wuhan as early as August. The research has used high-resolution satellite images of the parking lot of the hospital in which the virus is said to have originated and data for symptom-related queries on search engines for things such as “cough” and “diarrhoea”.

China has dismissed the allegations stating they are “Ridiculous”. Chinese Foreign Ministry spokeswoman Hua Chunying, asked about the research at a daily press briefing on Tuesday, dismissed the findings.” I think it is ridiculous, incredibly ridiculous, to come up with this conclusion based on superficial observations such as traffic volume,” she said.

Along with a string of conspiracy theories concerning the spread of the virus, this brand new research has rekindled the fire.
The research can be viewed here: https://dash.harvard.edu/handle/1/42669767