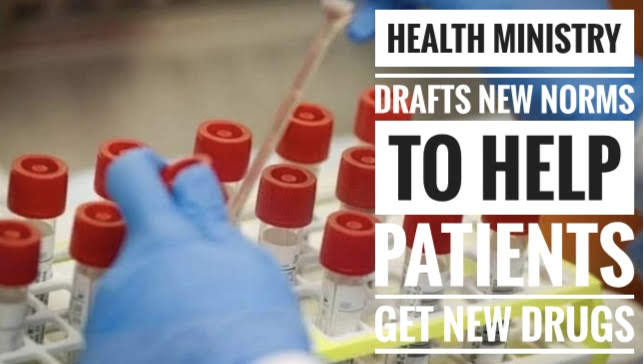 Union Health Ministry drafts new Drugs and Clinical trials rules to demand manufacture and import of non-approved drugs based on
prescription by a hospital or a medical institute.

According to the gazette, a new rule which has been made on July 5 any hospital may import a new drug for “compassionate use for
treatment of patients affected by life-threatening disease or disease-causing serious permanent disability or disease requiring therapy for unmet medical need” which isn’t available or permitted in a country but on the basis of phase III clinical trial they can bring it in the country from abroad by making an application to the central drug regulator.

It clearly stated that “The manufacturer to whom the permission is granted shall make use of the new drug just for the needs specified within the permission and no a part of it shall be sold in the market or supplied to the other person, agency, institution or place.”

For manufacture and importer, the license will be valid for one year from the date, it has been issued.

The rules stated, “The quantity of any new drug manufactured or imported on the idea of permission granted shall not exceed one
hundred average dosages per patient.” Anti-viral drug Remdesivir was approved last week for “restricted emergency rules” on Covid-19 patients.