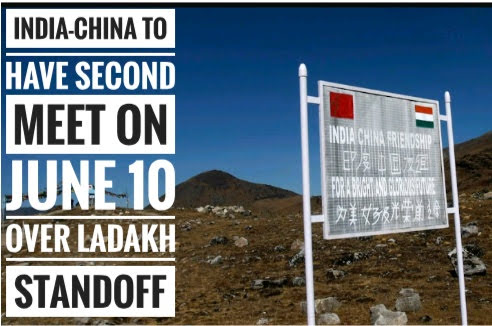 India and Chinese armies have taken up a “symbolic disengagement” in a few areas in eastern Ladakh in arraying their resolve to end the border deadlock peacefully even as the two sides are set to hold another round of Major General-level talks on Wednesday, people associated with the development said.

They stated that both the armies remained engaged in aggressive posturing in areas like Pangong Tso, Daulat Beg Oldie and Demchok and that there will be a series of negotiations in the next few days to scout a solution to end the confrontation.

As per Military sources, the two armies have begun “disengagement” around patrolling points 14 and 15 in Galway Valley and another in the Hot Spring area. They also added that the Chinese side has even moved back close up to 1.5 km in two areas.

From the defence ministry, the ministry of external affairs or from the Chinese side there was no official word given on it.
The sources stated that both Chinese and Indian armies are withdrawing some troops and eliminating temporary infrastructure from the three areas adding that the Chinese side even removed some tents.

On condition of anonymity, a senior Army official said, “This is a positive development”. The people cited above stated that the two sides agreed during a high-level military dialogue on June 6 to go for the “symbolic disengagement” just to send across a positive message in settling the row and that the gesture does not mean withdrawal of troops in a serious way.

They stated that a considerable number of Chinese troops are still present in the Galwan Valley area which was strongly objected to by India. They stated that two sides will hold Major-General level talks as well as a conversation between their field commanders as part of the engagement process conceded to during a high-level meeting on June 6.

Indian and Chinese troops have been engaged since May 5 following a violent clash in Pangong Tso which is turning out to be biggest military standoff after the 2017 Doklam episode. In their first serious endeavours to end the row, Lt General Harinder Singh, the general officer commanding of Leh-based 14 Corps, and Commander of the Tibet Military District Maj Gen Liu Lin conducted a substantial meeting on June 6. However, it could not generate any outcomes.

On Sunday, the external affairs ministry in a statement stated that the meeting took place in a “cordial and positive atmosphere” and that both sides conceded that an “early resolution” of the issue would lend to the further development of the relationship between the two countries.

Saturday’s talks also came a day after the two countries conducted diplomatic talks during which both sides conceded to handle their “differences” through peaceful dialogues while honouring each other’s sensitivities and concerns.