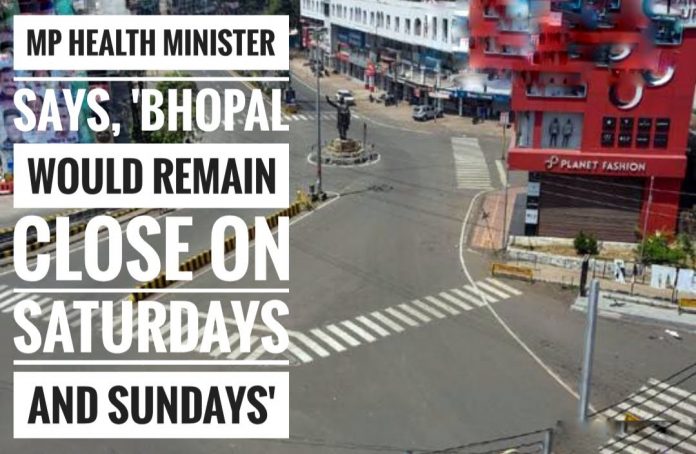 Bhopal has reported 545 new cases of coronavirus since 1 June, as a result, the government of Madhya Pradesh has decided to completely
shut Bhopal on Saturdays and Sundays. Now Bhopal will remain open for the five days only.

Health Minister Narottam Mishra said on Thursday night that Chief Minister Shivraj Singh Chouhan had conducted the officials to focus on
Bhopal as more cases is being reported from the capital city. As a result, Bhopal will remain closed on weekends – Saturdays and Sundays.
The pandemic situation in other parts was in control but there is a rapid rise in Bhopal’s cases.

This decision was taken by chief minister Shivraj Singh Chauhan in a meeting review on Thursday and it was completely accepted that
Bhopal will be closed on weekends due to continuous rise in cases. Madhya Pradesh has so far reported 10,241 coronavirus positive cases
including 431 deaths and 2,768 active cases.