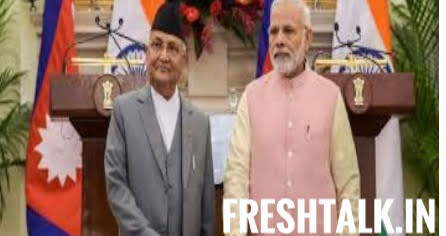 Nepal Parliament’s session had begun on Saturday where they discussed passing an amendment bill for the constitution in which they plan on redrawing their political map. The bill was introduced on May 31st, along with a revised political and administrative map which was formulated. Voting will be done once all the discussions are over. The decision faces aggression from India as the new map strategically takes over a bit of India’s territory. These include areas of Lipulekh, Kalapani, and Limpiyadhura, which are claimed to be a part of Uttarakhand and has been guarded by the Indian forces for years. This decision has been described “unilateral” by the Indian side which claims Nepal to be falsifying historical facts. A task force was also created by the Nepali government to look into these historical facts and evidence available.

To pass the bill, it is required to achieve two-thirds of majority in the 275 member Lower House. If passed, it will be sent to the National Assembly, where it will undergo a similar process and will give 3 days to make any changes. Once it acquires the President’s approval it will transform into a bill and will be laid into the Constitution. However, such a procedure is expected to go smoothly in the Nepal government as it has won over its opposition Nepali Congress, which has promised to favour the bill along with other parties like Rashtriya Janata Party- Nepal and Rashtriya Prajatantra Party. The president looks forward to clearing the bill as soon as possible. Diplomatic dialogue on the same is yet to happen between the Indian and Nepali Government.

The decision comes after Defence Minister Rajnath Singh inaugurated an 80 km long road connecting Kailash Mansarovar via Lipulekh on May 8th, which was not appreciated by the Nepali government as they claimed that it passed through Nepalese territory. This had put a strain in the relationship between India and Nepal. However, the Indian Ministry of Foreign affairs released a statement describing a strong relationship between India and Nepal and said that they will resolve the issue soon.