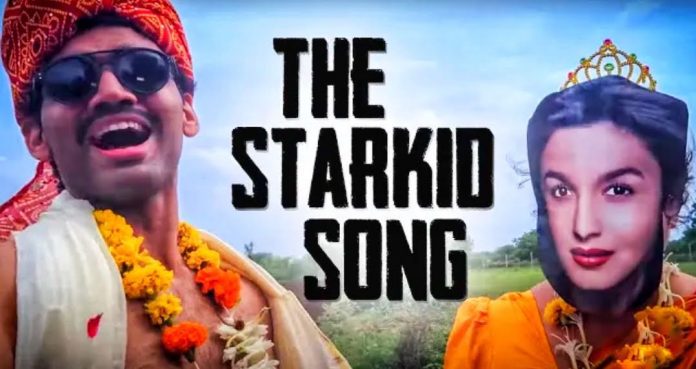 Nepotism has been the talk of Bollywood since the death of Sushanth Singh Rajput. Star kids gaining easy fame had been talking for a very long time and the death of the young actor added more fuel to the flames.

An old video which was uploaded in 2018 during the release of the movie Dhadak has now resurfaced the internet. The movie was not a success and audiences had criticized Jhanvi Kapoor and Ishaan Khatter for not living up to the roles of the film. Dhadak was the Hindi remake of the Marathi film Sairat.

Zingaat the original song from Sairat had gained huge fame. It is like a party anthem for all Indians. The parody song is set to the tune of this popular song and speaks about nepotism.

The video made by YouTube artist Salil Jamdar was re-shared after Rajput’s death with the caption, “No one will mention the projects snatched faraway from you to form a way for those with better ‘connections’. After all, everyone wants to be a neighbourhood of Bollywood & sucking up to the celebs & their kids is the only way in right?”

The parody video has gained more than 1 lakh views with people commenting on how it is relatable to Sushant Singh’s death.