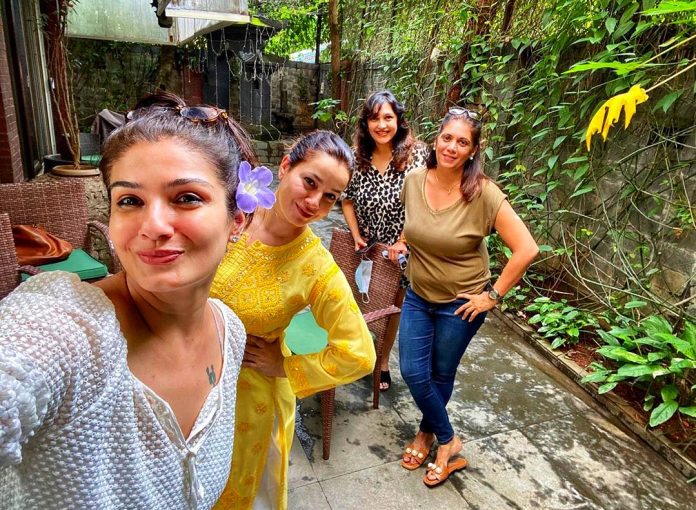 Raveena Tandon is an Indian actress, producer and model. She started her career in modelling and later made her acting debut in the action film Patthar Ke Phool.

She was born on 26 October 1974 and completed her schooling from Jamnabai Narsee School, Mumbai and college studies from Mithibai College, Mumbai. She is the daughter of director Ravi Tandon.

Tandon starred in five successful films like Dilwale, Mohra, Laadla, Khiladiyon Ka Khiladi, Ziddi, and Ghulam-E-Mustafa which gave her a lot of success.

After her marriage she gave break to the films after that ventured as a judge for the shows Isi Ka Naam Zindagi, Simply Baatien With Raveena then she starred in the movie Maatr. She is an environmentalist and worked for PETA since 2002.

As the restrictions of lockdown have been lifted up many people were started enjoying. Like others, Raveena Tandon hang out with her friends and shared a picture in social media with a caption “Great friends find a way!”.

Soha Ali Khan chilling on Sunday morning is all of us, check here for the photo