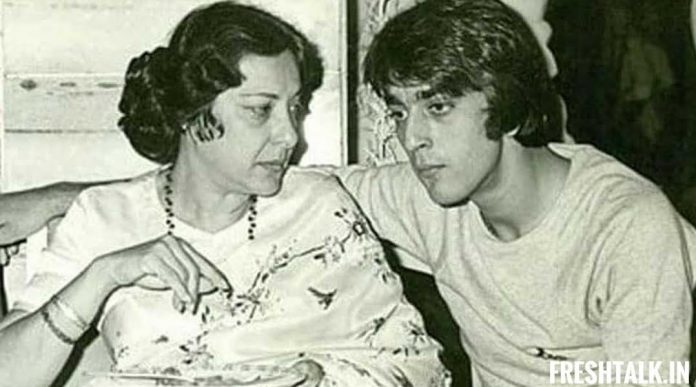 Today on 1 June, Sanjay Dutt is celebrating mother Nargis Dutt’s 91st Birth Anniversary. On this occasion, the actor took to his social media and shared a video to remember her. In the video, he writes a caption that read, “Happy Birthday Ma, miss you.” The video displays several iconic roles that were performed by Nargis.

Previously, Sanjay Dutt has been seen posted throwback photos of mother on many occasions. Recently, he posted his photo of younger days with mother on 03 May – the day she died. In his post, the actor wrote, “it’s been 39 years since you left us but I know you’re always by my side. I wish you were here with me, today & every day. Love you and miss you, everyday Mom.”

Nargis was born on June 1, 1929. She married to Sunil Dutt and had three children – Sanjay Dutt, Priya Dutt and Namrata Dutt. Nargis had died due to cancer at the age of 51. She had worked in many popular films like Awara, Mother India and impressed everyone by his acting. She was counted as one of the popular actresses of her time and would be always remembered for her outstanding performance.