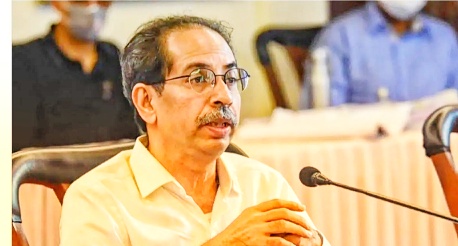 Ahead of Ram mandir ceremony at Ayodhya bhoomi pujan ,an advertisement in Saamana by Shiv Sena has triggered controversy.
In the Wednesday editorial of Saamana there was a controversial advertisement on Babri
Masjid demolition. The poster shows an image of Ram and the proposed Ram mandir
imposed on Babri Masjid.
The advertisement was given by Shiv Sena secretary Milind Narvekar and also featured the
picture of Maharashtra Chief Minister and Shiv Sena head Uddhav Thackeray and Aaditya
Thackeray.
The marathi text on the picture roughly translates : I am proud of the men who did this.
Ayodhya Bhoomipujan is such a grand occasion for each and every hindu . Shiv Sena is
miffed over no invitation to the grand and historic event.
In the article by ShivSena ‘saamana’ it has been said that Shiv Sena played an important
role in Babri Masjid demolition and still not invited.
Though Sanjay Raut (a leader in Shiv Sena) said on Monday that Uddhav Thackeray was
unlikely to attend Bhoomi pujan because of the covid pandemic.
Prime Minister is going ,it is more important , Chief Minister can go any time. He extends his
well wishes for the ceremony.
Prior to that , Saamana’s editorial says covid 19 crisis will disappear with the blessings of
lord Ram.

Ram Bhoomi pujan is an auspicious occasion . Ayodhya city has been decked up and
painted with yellow .
All local temples started a continuous akhand Ramayan recitation . It’s all seems like Diwali.
BJP veterans LK Advani and Murli Manohar Joshi key leaders attached will witness the
sweet end of battle of temple via vedio conference.
Prime Minister is one among the 175 people presented at Ram Mandir .
He also paid his visit to Ram janambhoomi.
Prime Minister would place a 22.6 kg silver brick to mark the Bhoomi pujan.