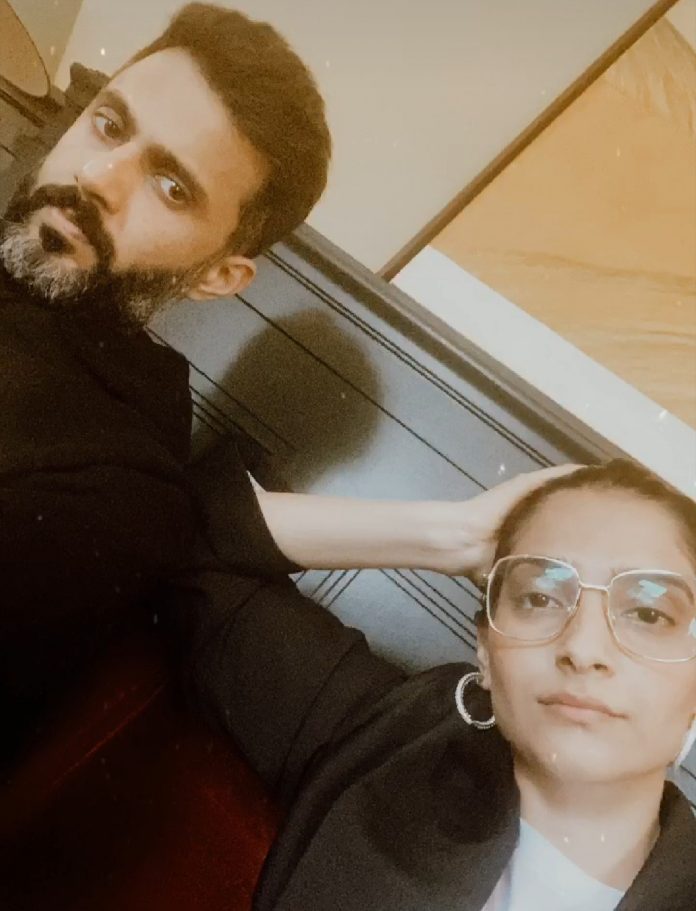 During such uncertain circumstances, everyone has been struggling to keep themselves busy at home by either investing in a me time or by working from home. Bollywood actors too are making most of this time and Sonam Kapoor is one of them. The actor recently jetted off to London with her husband Anand Ahuja, and since then she’s been spending her time with him at home.
Today Sonam posted a picture with husband Anand on her Instagram story. In the monochrome image, both can be seen working from home. The couple were twinning in black, while sonam was seen in a formal look in a white tee combined with a black balzer. Anand was seen wearing a black turtleneck. The charming pair in the picture looked working in a serious mood. Meanwhile, Sonam is also gearing up to celebrate Anand’s birthday next week. She has been posting lists of his favourite cities and sneakers. Looks like Sonam is making sure that she lets her hubby feels best for his birthday coming up this week.