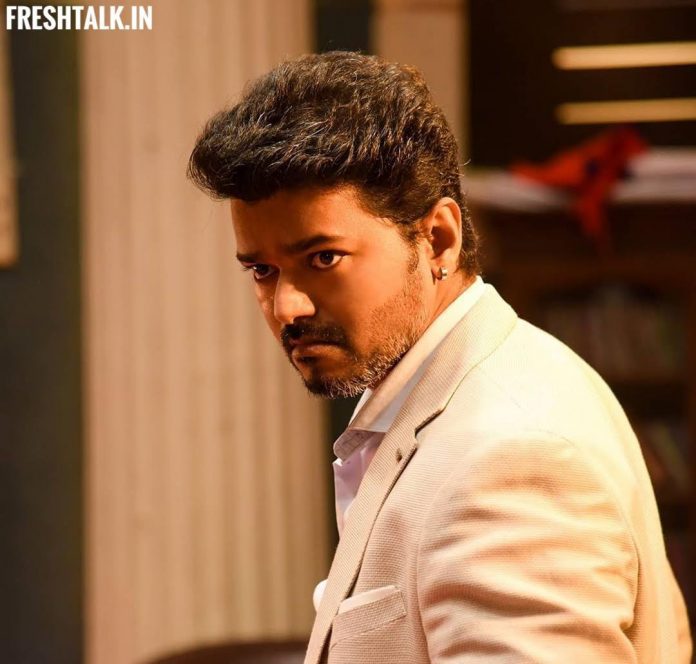 Indian actor, Thalapathy Vijay who’s birthday is just around the corner has his fans excited. The Tamil actors fans made him a poster for his which is going viral and we have the full report.

Joseph Vijay Chandrasekhar or Vijay is an Indian actor, dancer, playback singer and philanthropist who works in the Tamil cinema. Referred to by fans and media as “Thalapathy” (commander), Vijay is the highest-paid actor in Tamil cinema.

In 2017, he was the second-highest-grossing actor in Tamil cinema history, just behind veteran Rajinikanth. Vijay has acted in 64 films as a lead actor and won numerous awards, including eight Vijay Awards, three Tamil Nadu State Film Awards, and a SIIMA Award. He has been included seven times in the Forbes India Celebrity 100 list, based on the earnings of Indian celebrities.

The fan-made motion poster went viral as soon as it was released. His fans also took snaps of it and changed their profile pictures on all the social media platforms. If you happened to miss the picture, we have you covered.

The motion poster is of the upcoming movie, Master, directed by Lokesh Kanagaraj, which stars Vijay Sethupathi as the main antagonist, while Malavika Mohanan and Andrea Jeremiah will be seen as the leading ladies. The makers had plans to release the film on April 9, 2020. The film has been delayed due to the covid-19 outbreak and there has not been any official announcement by the makers.

The actor has put off all his celebrations for his birthday and requested his fans to do so too. Due to safety reasons, he has encouraged his fans to follow social distancing.