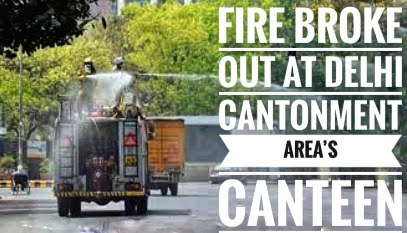 A fire broke out at an Army Canteen in Delhi’s Sadar Bazar area on. This incident happened on Sunday Morning.

Delhi fire officials said, “The Fire department was informed about the incident around 9 am.”

The fire was under control around 9:50 am, the official said.

A few days back, Delhi’s Anand Vihar caused damaged. A residential building had a fire broke. That fire was broke on the second floor and the temporary structure of the building.