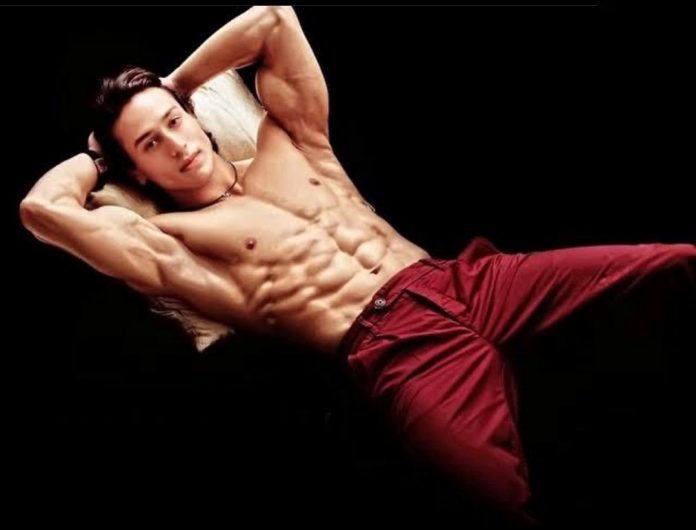 Jai Hemant “Tiger” Shroff is an Indian actor known for his add Hindi-language action films. The son of actor Jackie Shroff and producer Ayesha Dutt, he made his film debut with the 2014 action film Heropanti. He has been awarded an honorary fifth-degree black belt in Taekwondo in 2014.

Recently, Shroff debuted as a singer and launched his music video “Unbelievable”. The song is been trending at number 12 on YouTube and has crossed 7 million views till now.

The actor posted a picture on his Instagram handle flaunting his eight abs body. Tiger is seen as the fittest actor in Bollywood industry. He keeps himself fit and maintains his body with eight abs. Many people are inspired by his body and want to have a body like him. His fans love his pictures. The actor has 26.1 million followers on his Instagram handle right now.

Meanwhile in his work, in October 2019, the actor starred in action thriller movie named War directed by Siddharth Anand alongside Hrithik Roshan. The film became the highest-grossing film of the year and ranks as Shroff’s highest-grossing release as of February 2020.

In March 2020, he starred within the third instalment of the Baaghi (film series) titled Baaghi 3, where he reunited with Shraddha Kapoor. It underperformed commercially as theatres were shut due to COVID-19 pandemic.

In September 2020, he launched his music video “Unbelievable”, debuting as a singer. The video was directed by Punit Malhotra and music was produced by Big Bang Music and Dharma 2.0.

Tiger Shroff flexing his body post-workout in his latest video is making us swoon, check here for the video.