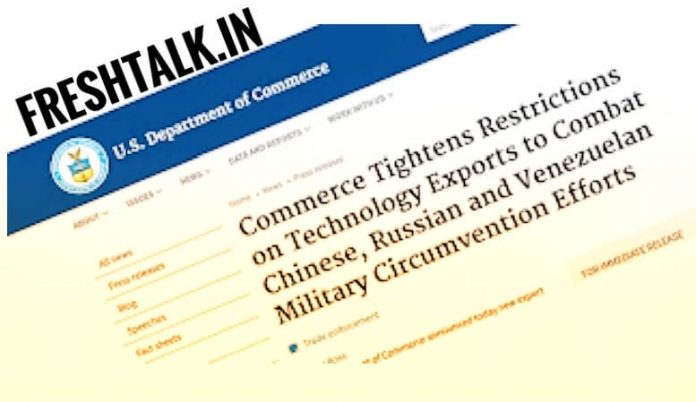 The president of the United States, Donald Trump’s administration has announced new export control actions to prevent efforts by China, Russia and Venezuela to acquire American technology. The technology can be used for the development of weapons. Commerce Secretary Wilbur Ross said, “certain entities in China, Russia and Venezuela have sought to circumvent America’s export control and undermine American interests in general”. The country has decided to remain vigilant so that the “US technology does not get into wrong hands”.

The technology could help strengthen China’s military. The new rule was an announcement on Monday by the commerce department. Products in semiconductor aerospace are prevented from being shipped abroad. Licenses have to be produced by US companies before certain items can be sold to companies in China that support the military. Relationship between China and America have deteriorated due to the global pandemic. America has accused China of spreading the virus on purpose.

The new rules will be published in the federal register on Tuesday. The Commerce Secretary also added that “it is important to consider the ramifications of doing business with countries that have a history of diverting goods purchased from US companies for military application”.

The new rule also true to eliminate provisions of a license exception for partner countries and also expands MEU license requirements control on China, Russia and Venezuela to cover military and users in all three countries. The tight restrictions are coming after national security officials in the US have warned against Beijing’s effort to make the lines between operation and the country’s growing military blur. Kevin Wolf, a former commerce department officials say “it is too early to tell how severely the new rules will restrict the flow of US-made products overseas”.