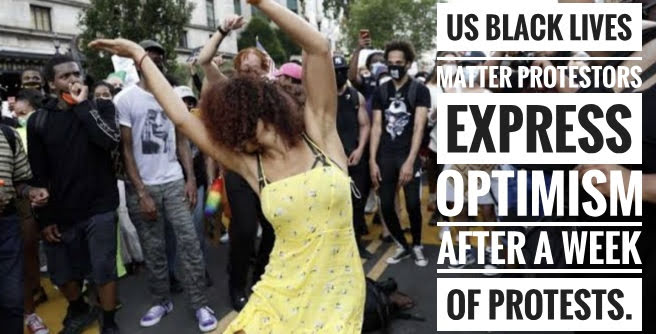 There’s a protest going on in the US where a policeman killed a man in his custody. After that people of the US did protest. On Monday, protestors were forcefully removed from the streets.

On Saturday, they danced.

On Monday, by law enforcement protestors were forcefully removed from the streets. They were burst of looting and violence happened early this week. It promoted a dramatic suppression which gave the nation’s capital the feeling of the occupied city.

On Saturday it was all u-turn where they were a dance party going on. A truck full of people looked like a parade float. People also write a message with chalk. A black man did a handshake with a policeman.

Kendyll Myles, the project manager said, “This is us walking across the Pettus Bridge”. He also added, “This is that type of awakening that our country needed.”