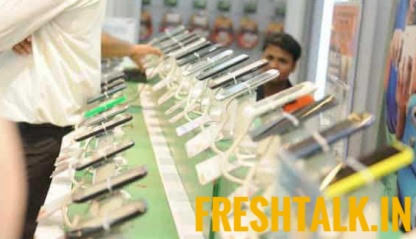 52 mobile phones along with accessories of ₹7.99 lakh got stolen from a shop in Kurla, Mumbai.

The Kurla police have filed a complaint of housebreaking and theft against the unknown robbers. They also stated that a gas cutter has been used to break into the shop.

The police informed that the phones have been stolen from the Top- 10 mobile stores at Station Road in Kurla (West). Also, the theft took place between 4 pm on Saturday to 10 am Sunday.

The complaint was registered by the manager of the shop Vivek Navin Satra (28).

The shop was shut down since the lockdown began in late March. One of the police officers said, “We suspect some local or known person who was aware of the shop may have committed the crime. We are trying to get CCTV footage, but are yet to get”.

Senior Police Inspector Dattarey Shinde with other inspectors and staffs visited the spot and is now being investigated by sub-inspector N Patil.

Sections 454, 457 (housebreaking) and section 380 (theft) have been filed against the case under the Indian Penal Code.