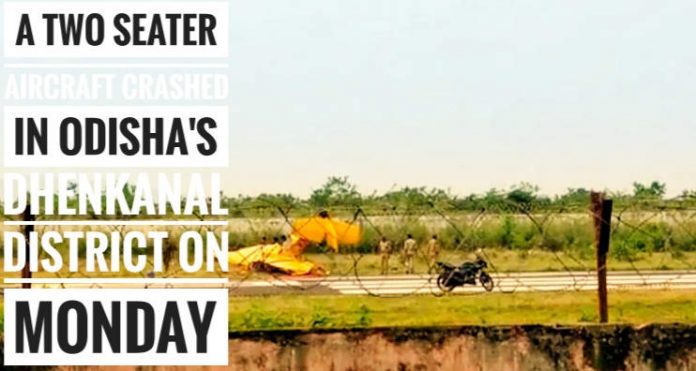 In this assortment period where a lot of mishappenings are being happened one more misfortune has occurred.

A two-seater aircraft got smacked in Odisha’s district, Dhenkanal, on Monday. In this mishap, a women novice pilot and her instructor were killed as per the reports, the accident occurred at the government aviation training institute (GATI which is situated at Birasala. According to the reports, the instructor named Captain Sanjib Kumar Jha from Bihar, and the novice named Anis Fatima from Tamil Nadu lost their lives.

To this ANI tweeted, “Odisha: captain Sanjib Kumar Jha from Bihar and Anis Fatima, a trainee pilot from Tamil Nadu, lost their lives after a trainer aircraft crashed today at Birasal airstrip under Kankadahad police station limits in Dhenkanal district. Bodies have been sent for postmortem.”

According to the sources, the two were taken to a nearby hospital known as Kamakhyanagar, where doctors declared them dead. BK Nayak, the additional district magistrate (ADM), of Dhenkanal added that the bodies of the instructor and trainee have been sent for postmortem. Although the exact reason for the accident is yet to be disclosed, sources stated that the accident could have taken place due to a technical complication or bleak weather.