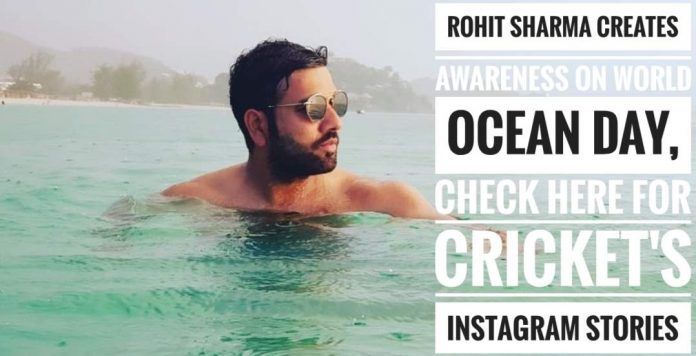 Vice-Captain of Indian Cricket Team, Rohit Sharma has played many matches for India and has always shown consistent batting performance. He is also the only batsman in the world who has scored a double ton in ODI cricket. He is also captain of Mumbai Indians.

Earlier, cricketer advised everyone on Twitter to stay safe and fit during the lockdown. Today on World Ocean Day, Rohit took to social media and wished everyone by spreading awareness among mass to keep the ocean clean and nice to save lives under the ocean.

Let us check out what Rohit tweeted on world ocean day:

Today, Rohit is a key player of Indian Cricket team on whom the Indian cricket team heavily depends. He married to Ritika Sajdeh who is also sports manager and both have a daughter. Earlier, Ritika revealed two bad habits of Rohit that she does not like and keeps her annoyed.