The show will be premiered on 03rd October 2020 on Color TV at 9 pm. It is said that this season is going to be very different from other seasons as it will be inspired by the lockdown situation. These things are creating more excitement in the minds of the audience.

A few behind the scenes visuals are being shared on social media handles in which show actors are preparing for the big premiere night. This year Salman Khan the host of the show will be shooting this season’s opening night episode a day in advance keeping in mind the ongoing COVID-19 pandemic situation.

Nagin 4 fame Jasmin Bhasin shared a sneak peek into her makeup session on her Instagram stories. She is getting all dolled up before her shoot for her introductory segment.

South Indian actress Nikki Tamboli also posted a mirror selfie as she gears up for the shoot of her performance act.

Tina Datta, who was last seen in Dayan, is set to enter Bigg Boss 14 house. Last year, Tinaa Datta’s co-star Rashami Desai was a part of Bigg Boss and this year, it’s her. After Gia Manek, Kavita Kaushik and Jasmin Bhasin, Tinaa Datta is a popular name from the television industry. According to reports, Tinaa Datta has shot for her opening act in Film City in Mumbai. Now, she is quarantined in a hotel and will enter the Bigg Boss 14 house on October 1. The Uttaran actress has been a part of Khatron Ke Khiladi. It will be interesting to see her on Bigg Boss 14.

Choreographer Salman Yusuff Khan was also seen posing from his vanity van in the picture shared by him on his Instagram stories, a day back. He was clad in a kerchief mask on the sets of the show. Salman will be donning the dance director hat for the launch episode.

New glimpses and promos are surfacing every day, building much excitement among fans ahead of the unveiling date. Participants and winners of the previous seasons, Hina Khan, Gauahar Khan and Sidharth Shukla have shot for this season’s promos. They shared experiences and survival tips in the latest BB edition’s promotional videos.

Just a day back, a BTS clip of BB14 host, Salman Khan shooting for the promo was shared online.

This year, celebrities like Jasmin Bhasin, Sakshi Chopra, Ribbhu Mehra, Naina Singh, Nishant Singh Malkani, Eijaz Khan, Jaan Kumar Sanu and Sneha Ullal are recurring appearances in probable lists of contestants who are to enter the BB house. The pictures of the swanky sets of the Bigg Boss 14 house were also leaked online. 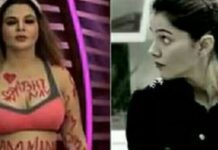 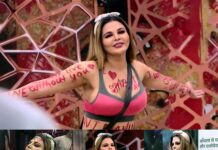 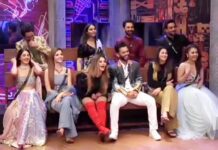 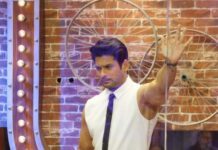 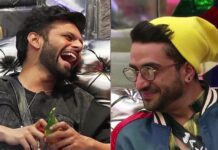 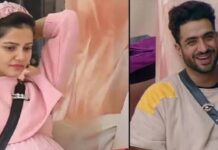