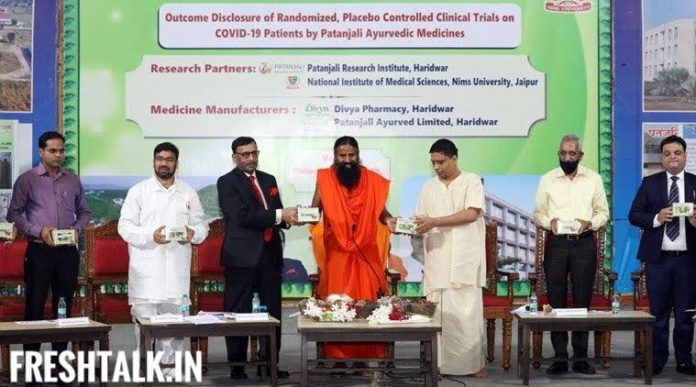 Controversy has started over the Patanjali’s drug coronil. Launched on 23 June 2020.

On which BJP started raising questions.
BJP leader Ram Kadam said how can Maharashtra Minister announced Baba Ramdev’s Coronil Kit as fake before any investigation.
He also said that Clinical trial has been done. He also attached the document on his tweet.

Apart from that Rajasthan Government said that without the approval of union ministry of AYUSH no ayurvedic medicine can be sold for Covid19 epidemic.