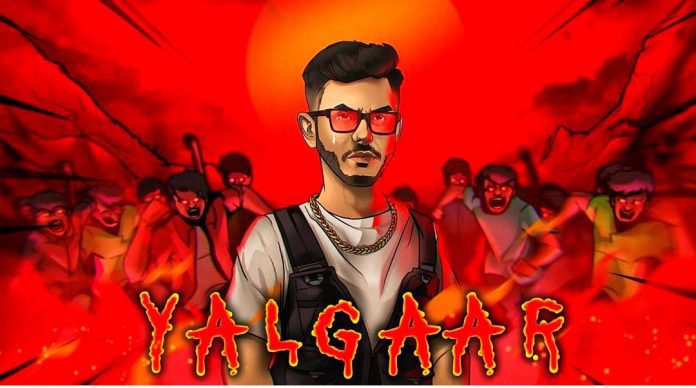 The world of YouTube contains a lot of big names who have started their own YouTube channel from scratch and now they are ruling the world, they are audience favourite. From rising to failing to rising again, today’s sensation of YouTube has now crossed 20 million subscribers, yes we are talking about AJEY NAGAR who is better known as CARRYMINATI.

A boy who hails from Faridabad might have never thought to reach this far at such a young age. The artist shows his gratitude to everyone by pinning a story in his Instagram and said “before I say anything, I want to congratulate us for 20 million tum log Pagal ho I’m sorry I have gone ghost on everybody. Not just social media but I’m not picking any calls or seeing any texts as well. The reason is I’m working on
“YALGAAR” non-stop from the day the video got removed. YALGAAR release ke baad ache see bataunga abhi chalta hoon bahot kaam hai, I hope you guys are doing good dhyan rakho sab”.

After receiving this long-drawn-out message we can figure out that CarryMinati is working on something bigger for which CarryMinati’s fan are tremendously waiting. That’s also one reason why he has not uploaded any video from a long time.

CarryMinati mostly makes roasting videos which are enjoyed by his viewers a lot. On 8th May 2020 CarryMinati posted a video on the very trending topic on YouTube which was “YouTube vs. Tik Tok: the end” which got immense love and overwhelming response from viewers all around the globe. It was the most liked Indian YouTube video, after this video, he gained the most numbers of subscribers in 24 hours
(1.8 million). It was the fastest video to reach 1 million likes (1.5hr). The record-breaking video almost crossed over 75 million views but it got deleted on 15th May 2020, after which CarryMinati is now working on another project named “YALGAAR”. Also, he has shared a post of YALGAAR and says “YALGAAR is coming!! Are you ready”? Where his fellow You Tubers have also commented and shows
excitement for the new video.

We can see CarryMinati’s fan eagerly waiting for the brand new video and he will keep entertaining his viewers how he used to do earlier.