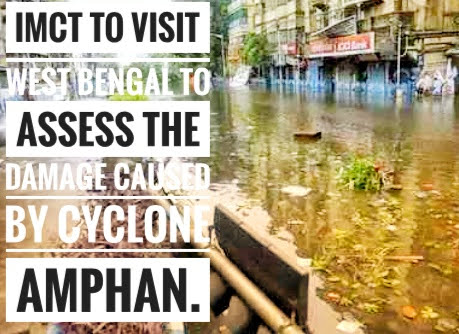 The Home Ministry has arranged for Inter-Ministerial Central Team (IMCT) to analyse the impact of cyclone Amphan in West Bengal. They are being called “state guests” during their stay here.

The team is led by Joint Secretary, MHA Anuj Sharma. The other officials belong to Ministry of Jal Shakti, Power Ministry, Road and Highways, Department of Fisheries.

They are arriving today and are on a two- days visit here. They will survey North and South 24 Parganas. Another IMCT 5 membered group has reached Odisha to assess the aftermath of the cyclone Amphan in the state.

The cyclone Amphan wreaked major havoc in the states of Odisha and West Bengal on May 20. The coastal areas of both states have undergone major devastation.