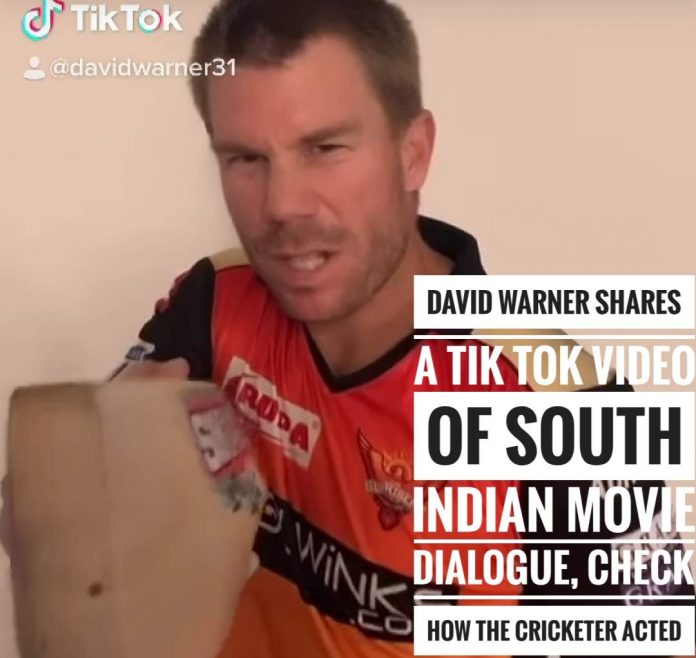 David Warner is a caption of sunrises Hyderabad team. Ongoing coronavirus lockdown, he has become a sensation on Tiktok with his funny videos. He has been sharing a funny post on social media. In the resulting video, he has pulled off a famous dialogue of Telugu superstar Mahesh Babu.

Due to pandemic, all cricketing actions are suspended. Warner likes to keep his fans entertained through social media. He was seen nailing a dialogue from Mahesh Babu’s superhit South Indian movie pokkiri in his latest video.

Warner can be seen pointing towards the screen with a bat as he enacts the dialogue. He wrote in the caption,” Guess the movie?? I tried everyone good luck. In one of his previous video, the batsman was spotted dancing on the famous item number ‘ Sheila ki Jawani’. He was dancing with his daughter Indi. He also tried ‘Butta Bomma’ with his wife.

Warner said previously that he won’t mind joining Bollywood after he hangs his boots from cricket. He expressed his opinions during an Instagram live session with England cricketer Jonny Bairstow. Currently, Warner is s star word of the Aussie team across the three formats.