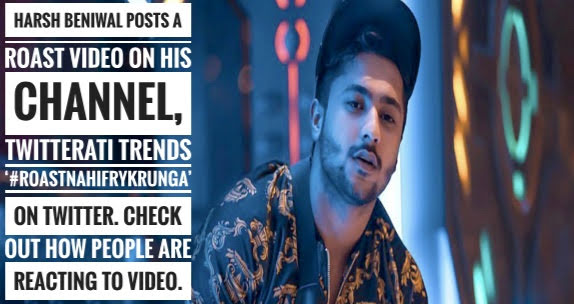 Harsh Beniwal is an Indian Youtuber, Actor, and Comedian. He made film debut in Student of the Year 2. In this film, Tiger Shroff is the lead role. Beniwal channel is one of the most subscribed Youtube channels in India. Harsh Beniwal started his YouTube channel on 6 May 2015.

After CarryMinati’s video “TIK TOK vs YOUTUBE” being deleted from Youtube, fans and other famous Youtubers become furious and they have been using a Twitterati trend ‘#Roastnahifrykrunga’ in order to support him. Similarly, Harsh Beniwal recently posted a roast video on his official Youtube Channel.

The video has got 468k views just in 27 minutes and 240k likes. The video is all about tiktokers where he himself act as a TikTok. Fans of Harsh Beniwal flooded the comment section with huge loads of love and support. Some of them use emojis, some of them wrote – ‘Waiting for your video, we all support carry’. Another one wrote – ‘into 100 has different cringe level’; ‘I can’t stop laughing while watching’.