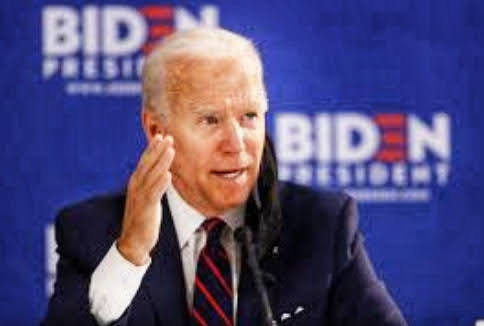 Joe Biden, Democratic presidential candidate and former US vice president Joe Biden has said that he will revoke the ‘temporary suspension on H-1B visas’ if he wins the presidential the election in November.

The H-1B visa is a non-immigrant visa that allows US companies to employ foreign workers in speciality occupations that require theoretical or technical expertise. The technology companies depend on it to hire tens of thousands of employees each year from countries like India and China.

The committee asked what his administration will do in the first 100 days of his presidency to which he replied, “Donald Trump just ended H-1B visas the rest of this year. That will not be in my administration.” He was referring to the temporary suspension of the H-1B visas and other foreign work visas.

“On day one, I’m going to send the legislative immigration reform bill to Congress to provide a roadmap to citizenship for 11 million undocumented immigrants who contribute so much to this country, including 1.7 million from the AAPI community.

Joe Biden also told town hall participants that he will “make it easier for qualified Green Card holders to move through this backlog. India needs to be a partner in the region for our safety’s sake, and quite frankly for theirs.”

On the topic of India- US relationship he continued, “That partnership, a strategic partnership, is necessary and important in our security, helping open the door to great progress in our relationship and strengthening our strategic partnership with India was a high priority in the Obama-Biden administration and will be a high priority if I’m elected president.” Biden also took a shot at the Trump government and said, “Trump ignored warnings from the very beginning, refused to prepare and failed to protect the country. Not just now but throughout his presidency, undermining the very core pillars of our, what I would argue, moral and economic strength.”

He continued to say, “I really do believe that our country is crying out for leadership and maybe even more important, some healing. Today, we have an enormous opportunity not only to rebuild but to build back better than before. To build a better future. That’s what America does,” he said.