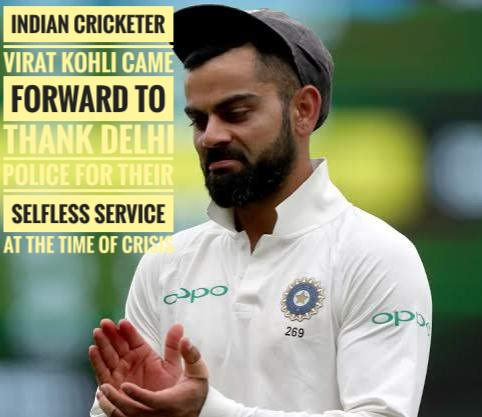 Corona virus has created critical crisis all over the world, India is also effected by it in the term of health and economy. To prevent the spread of corona virus in the nation , Indian prime minister Mr. Narendra modi has declared a 21 day lockdown in the entire country. Also in few states the curfews have been imposed as a strict measure to control the spread of the novel corona virus.

All the people are quarantined at their homes. No one is going out of their houses , basic amenities of groceries and medicines are provided to the citizens at their door step . In all this the police force is playing a really vital role. People is stopping and preventing people to come out of their houses , police is providing food to the poors by going to their huts.

After The members of the tablighi Jamaat were caught by the police in their mosque, the latter started spitting on them and made a mob attack on them .
The police even after that rescued the members and took them to hospitals for their check up for corona virus .

Of about 4,400 COVID-19 positive cases in India, nearly a third are related to the religious gathering at the Markaz, as the Jamaat headquarters is known. The government claimed more than 8,000 people, including foreigners, visited the headquarters in early March.

Virat Kholi the player of Indian national cricket team is currently seen updating himself on his various social media accounts including Instagram and twitter. The cricketer is sharing happy moments of his quarantine with her wifey Anushka in his social media account .

But the main thing he shared was his huge and heartfelt thanks to the Delhi police who inspite of all the difficulties and crisis is actively and with no frustration is doing their job commendably.

The police who suffered the ill treatment of tablighi Jamaat members and who are still out their risking their lives in this corona pandemic are doing their duties day and night efficiently. Virat kohli posted a video for thanking Delhi police in which he stated that-“It is heartening for me to know that the police service across the nation is helping so many people in these difficult times. I want to acknowledge the efforts of Delhi police who have not only performed their duties with absolute honesty but also taken food to the poor people on a daily basis, which is their utmost requirement. So, well done and keep putting in the same effort.”

We all are thankful to all the police force who are protecting us in this crisis and are risking their lives out there just to protect us . The police force is being applauded for their selfless act of duty that they are doing .we are safe and sound because of our police force and doctors as well .