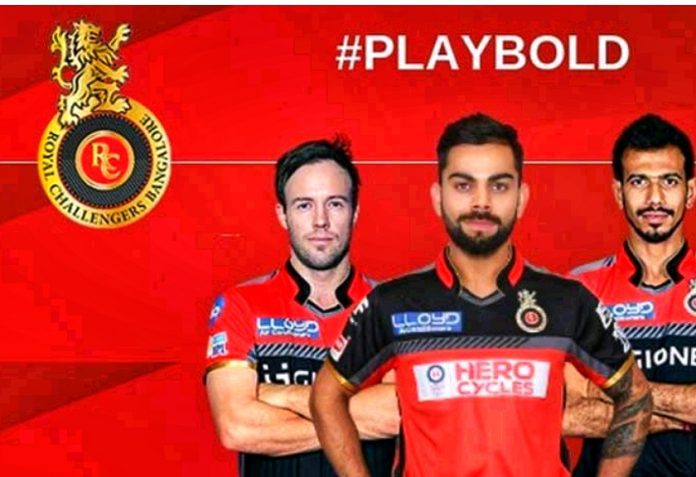 The IPL season is finally starting, with the first match scheduled to take place tomorrow on the 19th between Mumbai Indians and Chennai Super Kings. This much late started season has the Corona Virus to thank for.

Considering the delay and the eagerly waiting fans; the teams have decided to come up with a new song. The catchiest new anthem is that of RCB.

The RCB team released an anthem only in English and Hindi and this stirred a lot of controversies as it is the Bangalore team is from Karnataka. However, RCB didn’t disappoint its fans. Hours after it was released, the former finalists came up with a new version. A version which had a Kannada rap lyric.

Starting with starring a golden helmet, the logo and the fans cheering RCB the song goes full-on in a super energising mode in the background. The most attractive part of the song is Kannada rap.

With the hashtag of Play Bold; this catchy song is definitely on its way to being one of the most trended and liked anthem for the match.

The excitement has reached he peak now for the much-anticipated tournament. The Kohli lead IPL team will be playing their first match against Sunrisers Hyderabad on September 21st.

A few days back, Virat was seen in a relaxing mood by the pool with other RCB members. We wish all the players All the Best and can’t wait for the matches to begin! Stay tuned to know more.