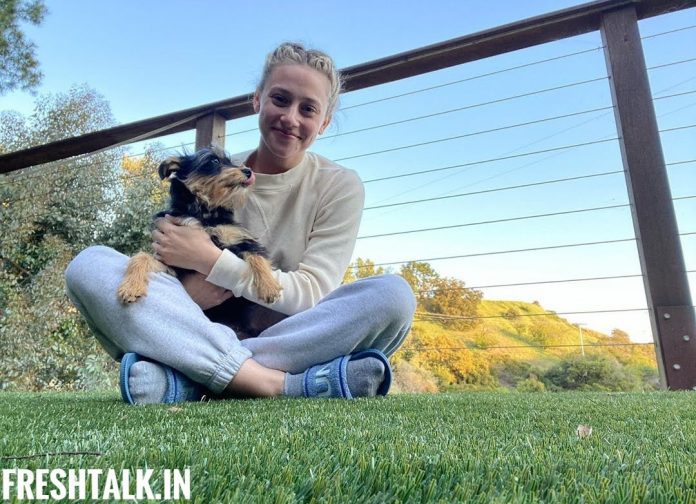 Perhaps more interesting than a celebrity’s romantic relationship is the bond they share with their pets. Lili Reinhart, American actress who is known as ‘Betty Cooper” on the teen drama series Riverdale, shares the same loving bond with her dog Milo.

She recently posted a picture with him on her Instagram account in which she can be seen cuddling with her dog. She captioned the picture, “I’m starting to think Milo is my actual human son.” The picture soon received lots of likes and love comments from both her co-stars and also her fans.

The Riverdale actress has recently revealed that her tiny pooch had to undergo emergency surgery after being bitten by a dog ‘10x its size.’

She later posted adorable pictures with Milo and was thankful that he was okay and explained the fear she felt during the incident. Reinhart adopted Milo in early February from Furever Freed Dog Rescue B.C., and captioned pictures with him calling “my new baby” and “the great love of mine.”