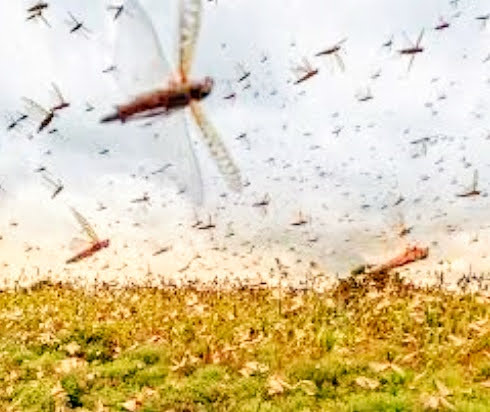 Already being stuck in the middle of a pandemic we have other problems going on in our country. Locusts Attack tops the list after Coronavirus. These locusts are said to be spread by Pakistan. We aren’t sure, but they definitely are providing their contribution to making the situation worse. The locusts have covered a huge part of India, from Rajasthan to Uttar Pradesh to South India. They have seen to be spread throughout. Currently, we are being notified about the Swarm attacking Gurgaon and spaces of Harayana.

“Huge swarms of locust have now reached Gurgaon and covered large tracts of the region in Haryana. Several areas in Gurgaon saw swarms of locust covering the skies on Saturday.” Was reported by the citizens. Many videos have been recorded by the citizens as proof of approaching problems. People have been beating utensils and bursting crackers in order to scare the swarms away. High alert orders have been spread in the city and the neighbouring cities as well.

Problems don’t seem to be coming to an end. This is definitely one of the worst years so far we all have been experiencing. Only precarious and staying safe is all we can do. Stay hopeful, keep praying, the bad times will come to an end. We are in this together.