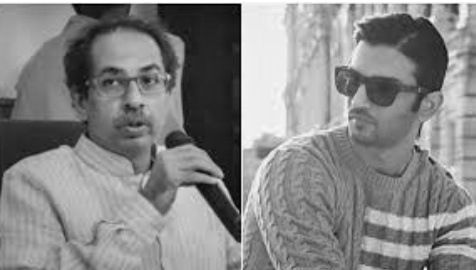 Maharashtra’s CM Uddhav Thackeray has come up stating Mumbai Police to back from the case and not bring politics for this case in between.

Sushant Singh’s case took a turnover when Bihar Police went deep after the FIR lodged against Rhea Chakraborty and 5 others by Late Actor’s father.

Bihar Police has investigated and also went through the late actor’s bank details which stated clearly that Rhea and her family had spent 15 crores from his credit card. (Under IPC misappropriation of funds) The FIR levelled 16 allegations on Rhea and others including abetment.
It was said that Bihar police were trying its best to investigate further into the case but every time Mumbai Police was coming between as a hurdle.

CM Uddhav Thackeray has helped by speaking for the same, he said- “Mumbai Police is not inefficient. If anyone has any evidence they can bring it to us and we will punish the guilty. Please don’t use this to create friction between Maharashtra and Bihar. Bringing politics into the case is the most deplorable thing to do.”

CM Thackeray has asked the Mumbai police to back off and handle the case to Bihar Police or let them do their part of investigation rather than dragging politics between the two. He also appreciated the Mumbai police and said it has always done its duty. He mentioned the sacrifices made by them in the corona situation and has requested not to question Mumbai Police’s efficiency.
Stay tuned to see how this case proceeds.