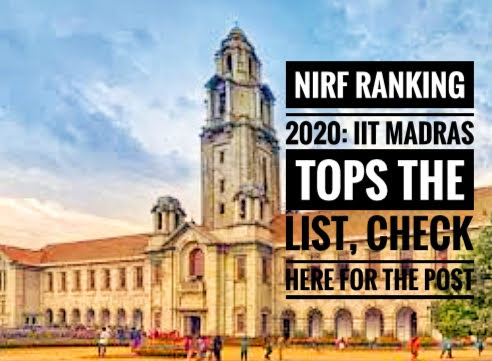 The National Institutional Ranking Framework (NIRF) is a methodology adopted by the Ministry of Human Resource Development (MHRD), Government of India, to rank institutions of higher education in India. The Framework uses several parameters for ranking purposes like resources, research, and stakeholder perception.

The HRD minister Ramesh Pokhriyal announced the NIRF India rankings via webcast today at 12 noon. In the engineering categories, the top three spots were taken by IITs. Indian Institute of Technology (IIT) Madras topped the list, followed by IIT Delhi and IIT Bombay.

AIIMS-Delhi topped the chart in the list of medical colleges. And the best law college is The National Law College-Bengaluru.